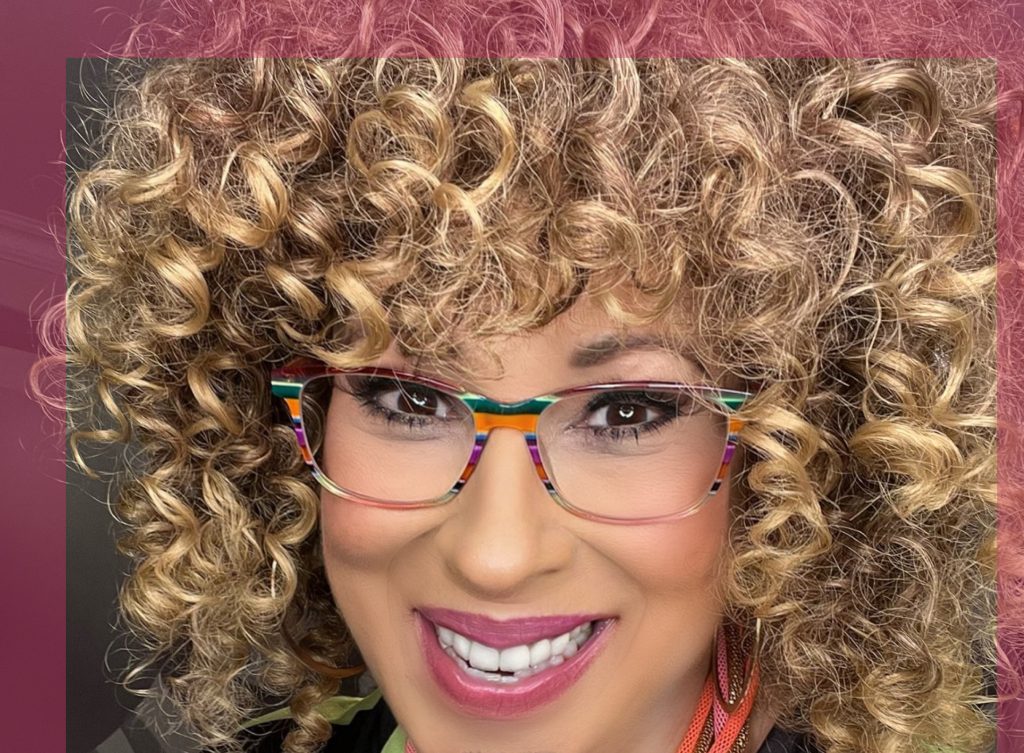 In 2017, the exceptional artist applied for a patent for the globally unique term.

What does „Ridstyle“ mean? It comes from „to rid“ and means to loosen up and set free, that’s how you experience the absolutely cheerful singer. This is also reflected in Esther’s self-written songs and in her complete lifestyle. Ridstyle is modern retro soul, Motown, a little jazz, enjoyment of life, freaky and funk, not just ONE drawer!

ESTHER FILLY RIDSTYLE has become a whole closet and a real brand!

On July 2nd she performed her new single „Freaky“ as a special artist guest on the gala from sonnenklar.TV in the GOP theatre in Essen.
„Die Goldene Sonne special – 40 years of private television“.

On April 2022, Esther Filly Ridstyle was included in the Signs Of Fame in the legendary Fernwehpark in Oberkotzau by initiator and filmmaker Klaus Beer. Esther was honored and immortalized there for her outstanding musical work and her tireless commitment to peace, alongside outstanding people such as U2, Sean Connery, the Dalai Lama and many more.

She also released her new single “Freaky” there. On April 8th. Esther released her peace song
“I Believe in Peace” for the Ukraine

The singer and entertainer Esther Filly is no longer unknown to the media and music connoisseurs. Countless appearances on TV and radio, with well known colleagues on big stages, adorn her path worldwide. The artist has already sung her way through 42 countries with her charisma. Fans from all over the world now hear her Ridstyle.
Now the native of Hamburg is finally taking off in Germany. Her participation in the TV Show
„The Voice of Germany“ in 2017 attracted a great deal of attention, where she enchanted over 4.5 million viewers with her unique and special voice and caused a sensation with her performance. With several hundred thousand views on YouTube, Esther Filly became the winner of the VOG fans.

Their advertising partners and sponsors include Mestemacher GmbH and Westerburg GmbH.
The Oldenburg optician chain Dellas has been selling the Esther Filly glasses collection since 2011.

The trendsetter is also always at the forefront when it comes to fashion, for the big shows Filly usually designs her stage outfits herself, they are part of her Ridstyle Collection, so she is also a trendsetter.
With Esther Filly, there is a singer in the public eye who inspires people with her unmistakable wow voice and heartfelt manner. She manages to immediately infect and fascinate people of all ages with her irrepressible enjoyment of life, her colorful music program and wonderfully eye-catching and always classy appearance.

Peace, respect and mindfulness are a great concern to this unique soul singer.
At the invitation of the Federal Ministry, she gave several concerts in war zones such as Afghanistan, Iraq, Kosovo and Mali, where she collected donations for children in war and crisis zones. She sings for needy and sick children, supports the elderly and the homeless. Is always a welcome and prominent guest at important charity events such as the Hope Gala, the RTL donation marathon or the World Hunger Help organisation. Esther is always campaigning for gender equality in society and was a musical guest at the Juliane Bartel award ceremony in 2019, which was broadcast live on NDR. She is also a popular stage guest at the CSD’s in Germany. Committed and with a big heart, Esther Filly supports many social projects. She has been the official patron of animal welfare since 2019.

„Bringing a smile to the soul with music, bringing joy, hope and confidence. Singing for the union of people, completely detached from political, ethnic and religious backgrounds, that’s my passion, that’s for what I stand for on stage.“

Esther Filly is a modern retro soul diva with heart, soul and high class niveau. Esther Filly loves music, people and life, you can hear and see that and whoever has seen her live will never forget her.